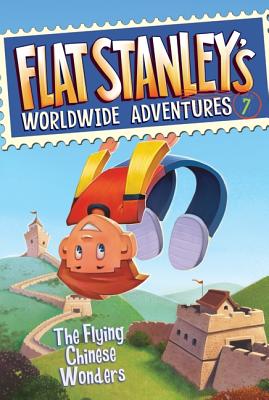 Flat Stanley is taking over the world, one city at a time! In this surprising seventh installment in the renowned Flat Stanley’s Worldwide Adventures chapter book series, the flattest kid on Earth makes his way to China!

Watch out, Stanley! Ouch! Stanley accidentally caused twin acrobats Yin and Yang to take a tumble, right before their Chinese New Year show. Yang's foot is broken—but luckily, Flat Stanley is flexible enough to take his place. To make up for his mistake, Stanley travels to China to help out—but can he learn all their amazing tricks in time?

And for parents and teachers, each Flat Stanley book offers fun, fascinating facts about the geography of his destination, along with Common Core State Standards, like multicultural adventure, plot and character development story elements, and compare and contrast! Don’t miss any of Flat Stanley’s worldwide adventures!

Hummingbird proudly proclaims "I'm a Tiny Dino!". And the lovely truth is revealed when scales and feathers are compared, plus bones, toes, and more. A beautiful and well-crafted combination of story and science with Deborah Freedman's characteristically soft watercolor illustrations lightly inset with facts.