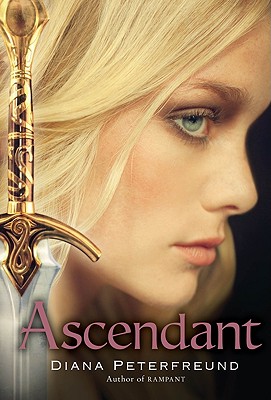 This is book number 2 in the Killer Unicorns series.

Forget everything you ever knew about unicorns. The fluffy, sparkly, friendly “horses” so popular the world over don’t exist. Real unicorns are killers. Don't miss book 2 in the thrilling Killer Unicorn series!

Beasts the size of elephants, with cloven hooves that shake the earth, hides impervious to bullets, and horns that contain a deadly poison, unicorns can outrun a sports car and smell a human from a mile away.

And they can only be killed by virgin warriors descended from Alexander the Great.

Astrid Llewelyn is now a fully trained unicorn hunter, but she can't solve all her problems with just a bow and arrow. Her boyfriend, Giovanni, has decided to leave Rome, the Cloisters is in dire financial straits, her best friend's powers are mysteriously disintegrating, and Astrid can't help but feel that school, home, and her hopes of becoming a scientist are impossible dreams.

So when she's given the opportunity to leave the Cloisters and put her skills to use as part of a scientific quest to discover the Remedy, Astrid leaps at the chance. Finally, she can have exactly what she wants—or can she?

At Gordian headquarters in the French countryside, Astrid begins to question everything she thought she believed: her love for Giovanni, her loyalty to the Cloisters, and—most of all—her duty as a hunter.

Should Astrid be saving the world from killer unicorns, or saving the unicorns from the world?

Diana Peterfreund is the author of many books for adults and children, including the critically acclaimed For Darkness Shows the Stars and Across a Star-Swept Sea. She lives with her family outside Washington, DC, in a house full of bookshelves, and is always on the lookout for lost cities or stray rocket ships.

“In this thrilling sequel to Peterfreund’s Rampant...the strong yet vulnerable heroine, compelling conflicts, and exquisite settings should find a voracious audience.”
— Publishers Weekly

“For those teens interested in different perspectives on unicorn lore and who like action-packed fantasy, this will be a sure bet. ”
— Voice of Youth Advocates (VOYA)

“I was riveted by Ascendant. It’s not only about killer unicorns; it’s also about finding the courage to make tough decisions—and to be true to yourself. I think Astrid rocks!”
— Malinda Lo, author of ASH

“Astrid is painted with a strong brush.”
— ALA Booklist

Praise for Rampant: “This gripping page-turner evokes the same grrl-power spirit as Buffy the Vampire Slayer, packed with action, mystery and a complex and intriguing mythology.”
— Publishers Weekly