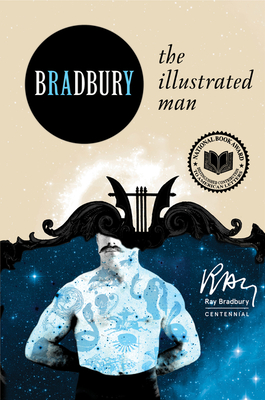 
Available to Order from Our Warehouse
“Sometimes at night I can feel them, the pictures, likeants, crawling on my skin. Then I know they’re doing what they have to do . . . ”

Fantasy master Ray Bradbury weaves a narrative spanning fromthe depths of humankind’s fears to the summit of their achievements in eighteeninterconnected stories—visions of the future tattooed onto the body of anenigmatic traveler—in The Illustrated Man, one of the essential classicsof speculative fiction from the author of The Martian Chronicles, DandelionWine, and The October Country.

In a career spanning more than seventy years, Ray Bradbury inspired generations of readers to dream, think, and create. A prolific author of hundreds of short stories and close to fifty books, as well as numerous poems, essays, operas, plays, and screenplays, Bradbury was one of the most celebrated writers of our time. His groundbreaking works include Fahrenheit 451, The Martian Chronicles, The Illustrated Man, Dandelion Wine, and Something Wicked This Way Comes. An Emmy Award winner for his teleplay The Halloween Tree and an Academy Award nominee, he was the recipient of the 2000 National Book Foundation Medal for Distinguished Contribution to American Letters, the 2004 National Medal of Arts, and the 2007 Pulitzer Prize Special Citation, among many honors.