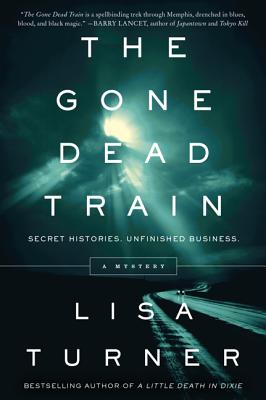 Bestselling sensation Lisa Turner conjures a riveting Southern gothic mystery set in Memphis, with echoes of Midnight in The Garden of Good and Evil and Lisa Gardener, in which detective Billy Able is thrown into a vortex of bizarre murders, Santeria voodoo, flawed heroes, a damning photograph, and a stunning betrayal by a civil rights icon.

After time away to recover from the aftermath of a horrible case that left his partner dead, Billy's back in Memphis, drawn into an ever-widening murder mystery that focuses on flawed heroes: a disgraced major league baseball player, two legendary blues musicians on the lam, a straight-arrow lady cop tortured by a guilty conscience, and two iconic civil rights warriors with secrets so dark they'll shock the nation.

Detective Billy Able is at a crossroads. His previous case left him questioning everything he believed about his abilities as a cop and as a friend. Even though he's considering leaving police work behind, he's unable to turn off the instincts he's honed after a decade on the force.

But when he stops a crime from being committed, he finds himself embroiled in a much bigger scandal. A murder that has just taken place has connections to a series of much older crimes dating back to the civil rights movement. As he investigates, Billy uncovers so many layers of secrets he can barely keep the truth from the lies. And he knows the straight-laced cop assigned to the case is hiding something big. But is it connected to the case? This time he's determined to make sure he finds out the truth before anything else can happen. But as the search for truth with the help of a Santeria Priest leads him deeper into the underbelly of Memphis, will Billy make it out alive?

Born in Memphis, Lisa Turner travels between her ancestral home in the Deep South and her writing getaway on the wildly beautiful coast of Nova Scotia.

“The Gone Dead Train is a spellbinding trek through Memphis, drenched in blues, blood, and black magic.”
— Barry Lancet, author of Japantown and Tokyo Kill