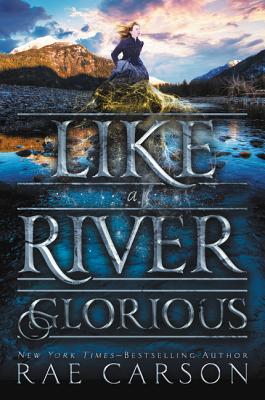 This is book number 2 in the Gold Seer Trilogy series.

The sequel to the New York Times–bestselling and National Book Award longlisted Walk on Earth a Stranger.

After her harrowing journey west to California, Lee Westfall has finally found a new home—one rich in gold, thanks to her magical power, a power that seems to be changing every day. But this home is rich in other ways, too: with friends who are searching for a place to be themselves, just as she is, and with love. Jefferson—her longtime best friend—hasn’t stopped trying to win her heart. And Lee is more and more tempted to say yes.

But her uncle Hiram hasn’t given up his quest to get Lee and her power under his control. When she’s kidnapped and taken to him, Lee sees firsthand the depths of her uncle’s villainy. Yet Lee’s magic is growing. Gold no longer simply sings to her, it listens. It obeys her call. Is it enough to destroy her uncle once and for all?

Rae Carson, acclaimed author of the Girl of Fire and Thorns series, takes us deep into the gold fields as she continues this sweeping saga of magic and history, and an unforgettable heroine who must come into her own. Like a River Glorious is the second book in the Gold Seer trilogy.

Rae Carson is the author of two bestselling and award-winning trilogies, as well as the acclaimed stand-alone novels Any Sign of Life and The Empire of Dreams. Her debut, The Girl of Fire and Thorns, was named a William C. Morris Award finalist and an Andre Norton Award finalist. Walk on Earth a Stranger was longlisted for the 2015 National Book Award and won the Western Writers of America Spur Award. Her books tend to contain adventure, magic, and smart girls who make (mostly) smart choices. Originally from California, Rae Carson now lives in Ohio with her husband. www.raecarson.com

“A celebration of great courage, the ability of people to come together as family, and the healing power of love. The exciting, sweet, and satisfying ending is probably only temporary, however, as the final book in the trilogy is forthcoming.” — Booklist