The Man Without a Shadow: A Novel (Hardcover) 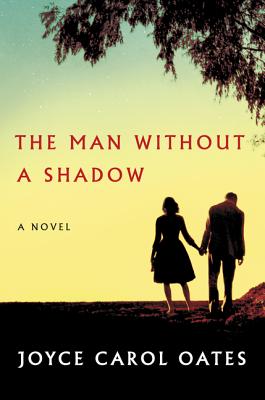 In this taut and fascinating novel, the bestselling, New York Times bestselling and National Book Award-winning author of The Sacrifice, The Accursed, and Lovely, Dark, Deep examines the mysteries of memory, personality, and identity and pierces the enigmatic force that drives human lives—love.

In 1965, neuroscientist Margot Sharpe meets the attractive, charismatic Elihu Hoopes—the “man without a shadow”—whose devastated memory, unable to store new experiences or to retrieve the old, will make him the most famous and most studied amnesiac in history. Over the course of the next thirty years, Margot herself becomes famous for her experiments with E. H.—and inadvertently falls in love with him, despite the ethical ambiguity of their affair, and though he remains forever elusive and mysterious to her, haunted by mysteries of the past.

The Man Without a Shadow tracks the intimate, illicit relationship between Margot and Eli, as scientist and subject embark upon an exploration of the labyrinthine mysteries of the human brain. Where does “memory” reside? Where is “love”? Is it possible to love an individual who cannot love you, who cannot “remember” you from one meeting to the next?

Made vivid by her exceptional eye for detail and her keen insight into the human psyche, The Man Without A Shadow is a unique story of forbidden love, a kind of secret, evolving marriage, depicted in Joyce Carol Oates’s tight, impassioned prose. It is an uncanny, ambitious, and structurally complex novel that penetrates the mind and illuminates the heart.

Joyce Carol Oates is a recipient of the National Medal of Humanities, the National Book Critics Circle Ivan Sandrof Lifetime Achievement Award, the National Book Award, and the PEN/Malamud Award for Excellence in Short Fiction, and has been several times nominated for the Pulitzer Prize. She has written some of the most enduring fiction of our time, including the national bestsellers We Were the Mulvaneys, Blonde, which was nominated for the National Book Award, and the New York Times bestseller The Falls, which won the 2005 Prix Femina. Her most recent novel is A Book of American Martyrs. She is the Roger S. Berlind Distinguished Professor of the Humanities at Princeton University and has been a member of the American Academy of Arts and Letters since 1978.

“Wonderfully illuminating…one of the most curious and moving love affairs in contemporary fiction.”
— Washington Post

“A novel that’s twisty and heartrending in equal measure…the kind of work that can inspire endless analysis and discussion, because the question it probes is really at the heart of the human experience: who are we, really?”
— AV Club

“A profound and moving meditation on how memory shapes our personalities and, by extension, the emotions that we provoke in others.”
— Publishers Weekly