The Secret Hum of a Daisy (Paperback) 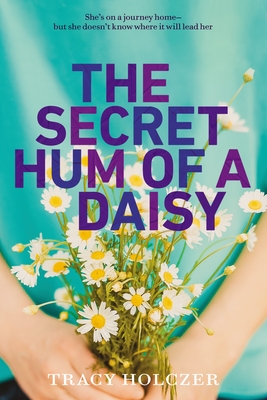 The Secret Hum of a Daisy (Paperback)


Recently On Our Shelves
Twelve-year-old Grace and her mother have always been their own family, traveling from place to place like gypsies. But Grace wants to finally have a home all their own. Just when she thinks she's found it her mother says it's time to move again. Grace summons the courage to tell her mother how she really feels and will always regret that her last words to her were angry ones.

After her mother's sudden death, Grace is forced to live with a grandmother she's never met. She can't imagine her mother would want her to stay with this stranger. Then Grace finds clues in a mysterious treasure hunt, just like the ones her mother used to send her on. Maybe it is her mother, showing her the way to her true home.

* "Holczer expertly crafts the characters and dialogue to create a story readers will identify with, and thoroughly enjoy."--School Library Journal, starred review

"Grace's surprising discoveries about herself, her family, her friends, and her struggles with sorrow and forgivenes, are engrossing."--Kirkus Reviews

"Tracy Holczer's story is a lyric about love and loss and not being able to find your future until you've uncovered your past."--Newbery winning author Richard Peck

"Grace's story will steal your heart as she travels toward friendship, love and a place to belong."--Newbery Honor winning author Patricia Reilly Giff

"A lovely story of longing for closeness, and learning about what it means to be family. Poetic and tender."--Newbery Honor winning author Margarita Engle— various

Sepetys' handle on the hidden history of the youth uprising in communist Romania is masterful and without peer. Get ready to have your breath taken away with this thriller!