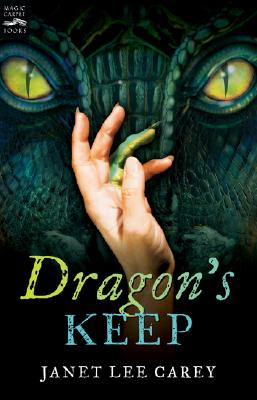 
NOT AVAILABLE
Far away on Wilde Island, Princess Rosalind is born with a dragon claw where her ring finger should be. To hide this secret, the queen forces her to wear gloves at all times until a cure can be found, and Rosalind can fulfill the prophecy that will restore her family to its rightful throne.      But Rosalind’s flaw cannot be separated from her fate. When she is carried off by the dragon, everything she thought she knew falls apart. . . .     Includes a reader's guide.
JANET LEE CAREY received the Mark Twain Award in 2005 for Wenny Has Wings. She lives near Seattle, Washington.
"A rich medieval fantasy, a splendid weaving of bright and dark threads, constant surprises and startling turns of events; of brutalities and beauties, terrors and triumphs . . . a remarkable achievement."--Lloyd Alexander
[star] "Stunning, lyrical prose . . . Carey smoothly blends many traditional fantasy tropes here, but her telling is fresh as well as thoroughly compelling."--Booklist (starred)