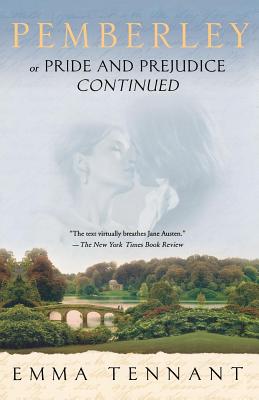 As Jane Austen's beloved novel Pride and Prejudice comes to a close, Elizabeth Bennet proudly announces her engagement to Mr. Darcy, boasting, "We are to be the happiest couple in the world." But after the nuptials, can a marriage between two people as strong-willed as Elizabeth and Darcy survive? With all the wit and style of Jane Austen, Emma Tennant brilliantly imagines both the perils and pleasure of such a marriage.
It's now a year after the wedding, and the time has come for Elizabeth and Darcy to invite their families to visit Pemberley—but not without trepidation, for any gathering that includes both Mrs. Bennet and Lady Catherine de Bourgh must occasion gaffes and hurt feelings. And when Darcy becomes increasingly distant and Elizabeth falls prey to vicious gossip, the forces of pride and prejudice are at work once again in this "eminently enjoyable" continuation of Pride and Prejudice (Los Angeles Times).

Emma Tennant, who grew up in England and Scotland hearing about her family's connection to Jane Austen (her elder half-brother was descended from Jane Austen's brother Edward Knight), was a Fellow of the Royal Society of Literature and the author of numerous distinguished novels. She passed away in 2017.

“In Pemberley, the characters of Pride and Prejudice do live on.” —Arkansas Democrat Gazette

“A remarkably close approximation of the Austen style and stance.” —The Christian Science Monitor