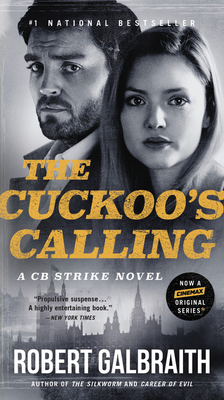 By Robert Galbraith
$10.99
NOT AVAILABLE

"[Rowling's] literary gift is on display in this work. She crafts an entertaining story and comes up with an ending that I'll admit I was surprised by... A fun read, with a main character you can care about and one you'll want to see again in other adventures."—Washington Post

"An extravagant, alien, fascinating world for its characters to explore... great pleasures."—Slate