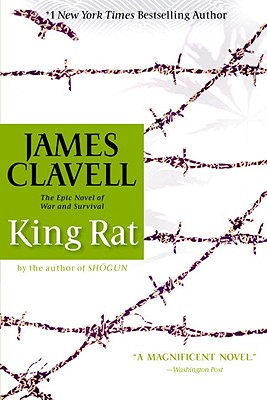 By James Clavell
$18.70
Not Available - Possibly Out of Print

This is book number 4 in the Asian Saga series.

The time is World War II. The place is a brutal prison camp deep in Japanese-occupied territory. Here, within the seething mass of humanity, one man, an American corporal, seeks dominance over both captives and captors alike. His weapons are human courage, unblinking understanding of human weaknesses, and total willingness to exploit every opportunity to enlarge his power and corrupt or destroy anyone who stands in his path.

“A dramatic, utterly engrossing novel...harsh and brutal in its revelations...James Clavell is a spellbinding storyteller, a brilliant observer, a man who understands much and forgives much.” —New York Times

“Tension wound up to the snapping point.”—Christian Science Monitor