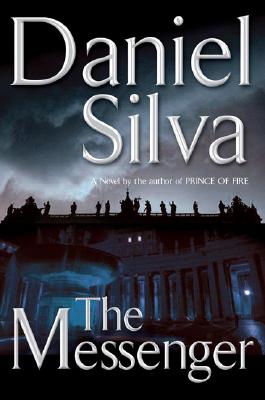 By Daniel Silva
$25.95
Not Available in Store - Possibly Out of Print

Gabriel Allon, art restorer and spy, has been widely acclaimed as one of the most fascinating characters in the genre and now he is about to face the greatest challenge of his life.

Allon is recovering from a grueling showdown with a Palestinian master terrorist, when a figure from his past arrives in Jerusalem. Monsignor Luigi Donati is the private secretary to His Holiness Pope Paul VII, and a man as ruthless as he is intelligent. Now, however, he has come to seek Allon's help. A young Swiss guard has been found dead in St. Peter's Basilica, and although Donati has allowed the official inquiry to determine that it is suicide, his instinct tells him that it is murder-and that his master is in grave danger. He has trusted Allon in the past, and he is the only man he trusts now.

Allon reluctantly agrees to get involved, but once he begins to investigate he concludes that Donati has every right to be concerned, as, following the trail from the heart of the Vatican to the valleys of Switzerland and beyond, he slowly unravels a conspiracy of lies and deception. An extraordinary enemy walks among them, with but one goal: the most spectacular assassination ever attempted.

Filled with remarkable characters and breathtaking double and triple turns of plot, The Messenger solidifies Silva's reputation as his generation's finest writer of international thrillers.

Nielsen's always first-rate historical fiction, this one about the early 20th century Lithuanian struggle against the Cossack occupation and censorship of Lithuanian culture, traditions and banning of books, hums along at a pace which will endear action/adventure fans into turning pages. Some scary situations -- beatings, villages set on fire and constant surveillance -- make the book a better fit for at least ages 9 and up. - Review by Maureen