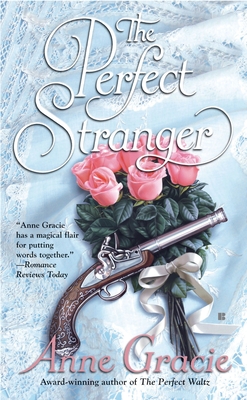 This is book number 3 in the Merridew Series series.

They vow to love, honor, cherish...

With her signature spirit, Faith Merridew has left everything she’s ever known for the man she thought was the love of her life. Instead he leaves her name—and dreams—in the dust. That is, until she crosses paths with Nicholas Blacklock, a Waterloo veteran, who offers to save her reputation with a marriage of convenience.

...and then get to know one other.

A hardened soldier, Nick hides a deadly secret—and tries to keep Faith at arm’s length. But even though Nick can command legions of men with a word, his orders go sweetly ignored by his convenient bride. And as they come to know one another more deeply, she brings out in him things he thought dead: gentleness, laughter…and love…

Anne Gracie is the award-winning author of the Chance Sisters Romances, which include The Spring Bride, The Winter Bride, and The Autumn Bride. She spent her childhood and youth on the move. The gypsy life taught her that humor and love are universal languages and that favorite books can take you home, wherever you are. Anne started her first novel while backpacking solo around the world, writing by hand in notebooks. Since then, her books have been translated into more than 16 languages, and include Japanese manga editions. As well as writing, Anne promotes adult literacy, flings balls for her dog, enjoys her tangled garden, and keeps bees.
“For fabulous Regency flavor, witty and addictive, you can’t go past Anne Gracie.”—Stephanie Laurens, New York Times bestselling author