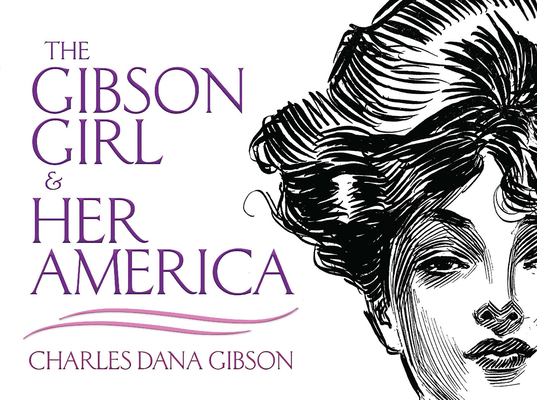 
Available to Order from Our Warehouse
This book cannot be returned
At the turn of the twentieth century, Charles Dana Gibson's pen-and-ink drawings of the "American Girl" -- now remembered as the Gibson Girl -- became the national ideal of femininity. This collection of his images of youthful, dynamic women offers an informative and amusing reflection of the era's social life. Sentimental, humorous, and often gently satirical, these images portray the Gibson Girl at the theater, in the drawing room, flirting and courting, vacationing at the beach, and engaging in other genteel pursuits. Several of Gibson's "common man" illustrations provide a contrast, along with a section devoted to one of the artist's best-known and most beloved characters, the curmudgeonly Mr. Pipp.
This gallery features more than a hundred carefully selected images from vintage editions. A rich source of royalty-free art, it offers graphic artists, fashion designers, social historians, and nostalgia lovers a lovely and accurate chronicle of a bygone era.
Charles Dana Gibson (1867-1944) was an American graphic artist famed for his thousands of drawings of the Gibson Girl, his image of the young, independent, beautiful, and socially confident young American woman, created at the turn of the 20th century.