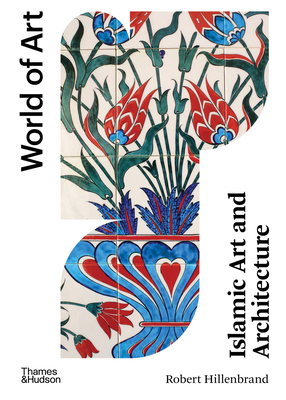 A bold, readable, and beautifully illustrated introduction to Islamic art and architecture, this renowned book is now available in an updated and revised edition featuring color illustrations throughout.

Including over a thousand years of history and stretching from the Atlantic to the borders of India and China, Islamic Art and Architecture is an unparalleled narrative of the arts of Islamic civilization. From the death of the Prophet Muhammad to 1900, Islamic art expert Robert Hillenbrand traces the evolution of an extraordinary range of art forms, including architecture, calligraphy, book illumination, painting, ceramics, glassware, textiles, and metalwork.

This new edition includes a chapter examining art produced from 1700 to 1900, an understudied period in the area, exploring how these centuries saw incredible creativity across the Islamic world. Featuring full-color illustrations of masterpieces of Islamic art and architecture, from seventh-century Arabia via Moorish Spain to modern Iran, this book shows the far-reaching stylistic developments that have shaped Islamic art. Including maps, an updated glossary, and suggested further reading, this authoritative and accessible volume sheds light on the recurrent preoccupations and themes that have shaped the arts of Islam since the seventh century.

Robert Hillenbrand attended the universities of Cambridge and Oxford and has taught at the University of Edinburgh since 1971. He is now an honorary professorial fellow. His other books include Imperial Images in Persian Painting, Islamic Architecture in North Africa (coauthor), and the prize-winning Islamic Architecture: Form, Function, and Meaning.
A fresh viewpoint . . . interesting and
refreshing.
— Times Higher Education Supplement