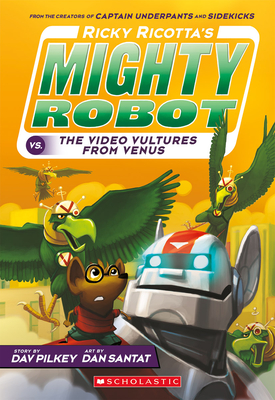 Ricky and his Mighty Robot are late for dinner again, and Ricky's parents are not too happy. They think Ricky and his Robot need to learn a lesson, so that night they send the boys to bed without TV.

Luckily for Ricky and his Robot, their punishment saves them from falling under the spell of Victor Von Vulture, a villain from the planet Venus. Victor has invaded Earth with his Video Vultures, with plans to steal all the food in Squeakyville. Now only Ricky and his Robot can send the bad guys soaring back into space!