Clans of the Alphane Moon (Paperback) 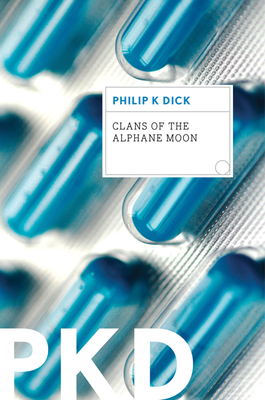 On a planet run by escapees from a mental institution, the doctors who arrive to restore order may be the craziest of all.

For years, the third moon in the Alphane system was used as a psychiatric hospital. But when war broke out between Earth and the Alphanes, the hospital was left unguarded and the inmates set up their own society, made up of competing factions based around each mental illness. When Earth sends a delegation to take back the colony, they find enclaves of depressives, schizophrenics, paranoiacs, and other mentally ill people coming together to repel what they see as a foreign invasion. Meanwhile, back on Earth, CIA agent Chuck Rittersdorf and his wife Mary are going through a bitter divorce, with Chuck losing everything. But when Chuck is assigned to clandestinely control an android accompanying Mary to the Alphane moon, he sees an opportunity to get his revenge.

Over a writing career that spanned three decades, PHILIP K. DICK (1928–1982) published 36 science fiction novels and 121 short stories in which he explored the essence of what makes man human and the dangers of centralized power. Toward the end of his life, his work turned to deeply personal, metaphysical questions concerning the nature of God. Eleven novels and short stories have been adapted to film, notably Blade Runner (based on Do Androids Dream of Electric Sheep?), Total Recall,Minority Report, and A Scanner Darkly. The recipient of critical acclaim and numerous awards throughout his career, Dick was inducted into the Science Fiction Hall of Fame in 2005, and in 2007 the Library of America published a selection of his novels in three volumes. His work has been translated into more than twenty-five languages.