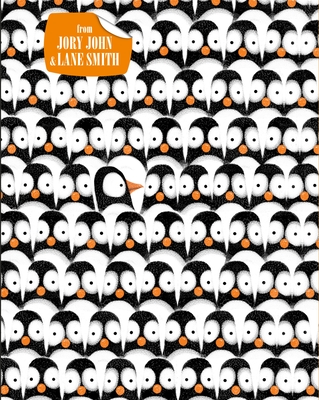 
Available to Order from Our Warehouse
Have you ever thought: I have so many problems and nobody even cares? Well, penguins have problems too! Discover them in this hilarious collaboration from Jory John (All my friends are dead. and Quit Calling Me a Monster!) and Lane Smith (The Stinky Cheese Man and Other Fairly Stupid Tales)!

This penguin has come to tell you that life in Antarctica is no paradise. For starters, it is FREEZING. Also, penguins have a ton of natural predators. Plus, can you imagine trying to find your mom in a big ol’ crowd of identical penguins? No, thank you.

Yes, it seems there is no escaping the drudgery of your daily grind, whatever it might be. Or perhaps we’ve just learned that grumps are everywhere. . . .

This book is sure to tickle kids’ funny bones and will elicit appreciative sighs from the adults reading it aloud.

"We are all Mortimer [the main character in Penguin Problems]." —The New York Times

“The snark level is cranked up high.” —The Horn Book, Starred

“Will be right at home with fans of Jon Klassen’s This Is Not My Hat.” —Booklist

“Rib-tickling.” —School Library Journal
JORY JOHN is the author of the picture books I Will Chomp You!, Quit Calling Me a Monster!, and the E.B. White Read-Aloud Honor Book Goodnight Already!. He is the co-author of the New York Times bestselling novel, The Terrible Two, and the national bestseller All my friends are dead, among many other books. He is also the editor of Thanks and Have Fun Running the Country: Kids' Letters to President Obama. For six years, Jory taught writing at 826 Valencia, a nonprofit writing and educational center in San Francisco.

LANE SMITH has written and illustrated a number of novels and picture books for children, including two Caldecott Honor titles and four New York Times Best Illustrated Book awards. He was a 2014 recipient of a Society of Illustrators Lifetime Achievement Award and was named an Honor Artist by the Eric Carle Museum. He lives with his wife, book designer Molly Leach, in rural Connecticut.

"The temperature may be below freezing, but the snark level is cranked up high
in this collaboration between funnymen John and Smith."— Horn Book starred review