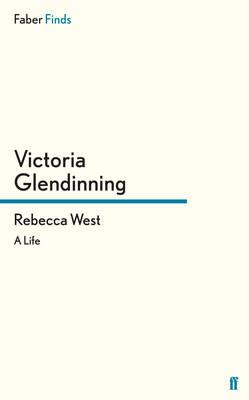 By Victoria Glendinning
$34.80
Not Available - Possibly Out of Print

Born Cicily Fairfield, West renamed herself after the character she had once played in Ibsen's "Rosmersholm." Her ten-year affair with H.G. Wells yielded a son, yet she raised the boy alone, defying convention - for such was her way. She was a feminist pioneer, a firebrand socialist who became a passionate anti-communist, author of works as formidable as "Black Lamb and Grey Falcon "(1941), and eight novels including "The Fountain Overflows" (1957). Victoria Glendinning was commissioned by West herself to write this 'short' biography which amply accounts for and explores West's legacy.

'Glendinning manages to rehabilitate Rebecca West's image in a work that succeeds both as a model of cool objectivity and as a capsule history of modern woman from 1892 to 1983, with West always in the vanguard of change.' "Los Angeles Times.