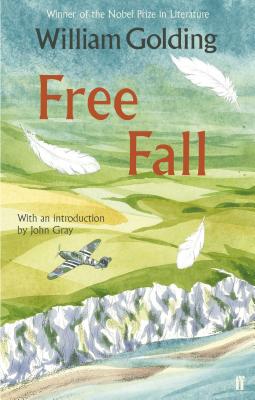 By William Golding
$10.50
Not Available in Store - Possibly Out of Print

With an introduction by John Gray Sammy Mountjoy, artist, rises from poverty and an obscure birth to see his pictures hung in the Tate Gallery. Swept into World War II, he is taken as a prisoner-of-war, threatened with torture, then locked in a cell of total darkness to wait. He emerges from his cell transfigured from his ordeal, and begins to realise what man can be and what he has gradually made of himself through his own choices. But did those accumulated choices also begin to deprive him of his free will? 'A fiercely distinguished book.' Frank Kermode 'It is one of those rare books that should be read by people who don't normally read novels at all. It will stand, I belive, as one of those books against which other books are measures.' Tribune

William Golding (1911-1993) was a Booker and Nobel Prize-winning author, best known for his first novel, Lord of the Flies, published originally in 1954 and adapted for film in 1963. His other works include The Inheritors (1955), Pincher Martin (1956), The Spire (1964), Rites of Passage (1980), The Double Tongue (published posthumously in 1995) a now rare volume, Poems (1934) and the essay collections The Hot Gates and A Moving Target. Golding was educated at Marlborough Grammar School and at Brasenose College, Oxford. Before his writing career, Golding was a schoolmaster. He was also a keen actor, musician and small-boat sailor. In 2008, The Times ranked Golding third on their list of "The 50 greatest British writers since 1945."