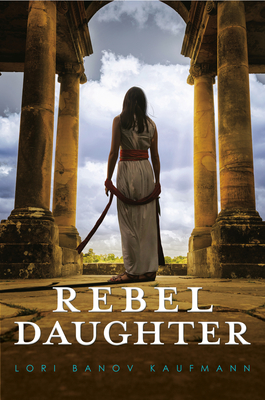 
Coming Soon - Available for Pre-Order Now
A young woman survives the unthinkable in this stunning and emotionally satisfying tale of family, love, and resilience, set against the destruction of Jerusalem in 70 CE.

Esther dreams of so much more than the marriage her parents have arranged to a prosperous silversmith. Always curious and eager to explore, she must accept the burden of being the dutiful daughter. Yet she is torn between her family responsibilities and her own desires.

Meanwhile, the growing turmoil threatens to tear apart not only her beloved city, Jerusalem, but also her own family. As the streets turn into a bloody battleground between rebels and Romans, Esther's journey becomes one of survival. She remains fiercely devoted to her family, and braves famine, siege, and slavery to protect those she loves.

This emotional and impassioned saga, based on real characters and meticulous research, seamlessly blends the fascinating story of the Jewish people with a timeless protagonist determined to take charge of her own life against all odds.
LORI BANOV KAUFMANN was a strategy consultant for high-tech companies before she became a writer. She has an AB from Princeton University and an MBA from the Harvard Business School. When she learned about the discovery of the first-century tombstone, she wanted to know more. She was captivated by the ancient love story the stone revealed, which served as the inspiration for this book. Rebel Daughter is her debut novel. Lori Banov Kaufmann lives in Israel with her husband and four adult children. Visit her online at LoriKaufmann.com
“[A] carefully researched and well-crafted narrative. . . . Highly recommended.” —Jewish Book Council


“Follows in the tradition of The Dovekeepers and The Red Tent in rendering ancient Jewish history from the perspective of a young woman.” —The Association of Jewish Libraries


“Highly readable and compelling . . . will hold your interest from the first page to the last.” —Blu Greenberg, author and founder of the Jewish Orthodox Feminist Alliance


“[A] compelling tale of family, love, and resilience.” —The Jewish Women’s Archive


“Esther’s remarkable, mysterious, and meticulously researched story is one that demands to be told.” —Kirkus Reviews


"A Christian story as much as a Jewish story . . . and all the makings of an action movie." —All Israel News