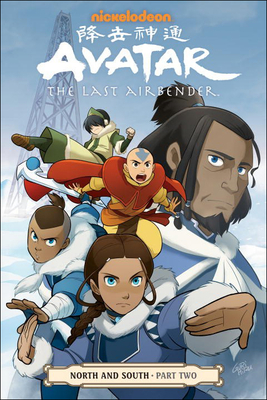 
NOT AVAILABLE
After attempting to kidnap Katara and Sokka, Southerner Gilak leaves a haunting note for Hakoda: Soon you will see the truth, chieftain. The vow leaves everyone on edge--including Katara, who remains wary of the two tribes' integration. As Northerner Malina announces a partnership with the company owned by Toph Beifong's father, her own brother comes forward to defame her. Have Katara's worst fears been confirmed? Written and drawn by the creative team behind the best-selling The Search, The Rift, and Smoke and Shadow, Gene Luen Yang and Gurihiru, in collaboration with Avatar: The Last Airbender and Legend of Korra creators Michael Dante DiMartino and Bryan Konietzko, this is the ultimate continuation of Avatar and the perfect companion to Legend of Korra
Gene Luen Yang began making comic books in the fifth grade. He has since written and drawn a number of titles. His 2006 book, American Born Chinese, was the first graphic novel to be nominated for a National Book Award and the first to win the American Library Association's Michael L. Printz Award. It also won an Eisner Award for Best Graphic Album - New. His 2013 two-volume graphic novel, Boxers & Saints, was nominated for both the National Book Award and the LA Times Book Award. Gene currently writes the graphic novel continuation of the popular Nickelodeon cartoon, Avatar: The Last Airbender. The Shadow Hero, his comic book series with Sonny Liew, revived the Green Turtle, an obscure 1940s character who is arguably the first Asian American superhero. The Shadow Hero is now available as individual digital issues via Amazon Kindle.

This is a superb romance from start to finish, with two engaging protagonists, amazing representation, and a totally swoony romance. It’s a great balance of overcoming life’s difficulties and finding love! Also, it has just the right amount of steaminess: A LOT.

Definitely on the top of my romance recommendation list!