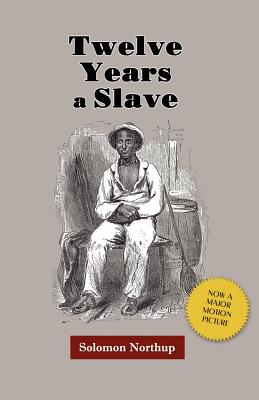 Lured to the nation's capital by the prospect of work, Solomon Northup, a free man born in New York, is kidnapped and sold into slavery. He spends the next twelve years in bondage, primarily on a plantation in Louisiana, along the Red River. Solomon is a witness to the inhumanity of the institution of slavery, the abuses suffered at the hands of cruel masters, and working conditions and the daily lives of his fellow slaves. Throughout his enslavement, Solomon never reveals his true identity as a free man, kept secret for fear of brutal physical consequences and the possibility of being traded to a plantation further away from society. Eventually enlisting the aid of a white man from Canada employed on the plantation, Solomon strives to realize his dream of returning to Saratoga, New York, to his wife and now-grown children.

First published in 1853, Twelve Years a Slave is a stark description of that "peculiar institution" that drove the southern economy and bitterly divided Americans. Solomon Northup's narrative is perhaps one of the most important and compelling first-hand accounts of slavery that exists.

This new edition of Twelve Years a Slave features legible font and modern formatting (most reprints make the typeface small or add distracting spacing), all the original illustrations from the 1853 edition, and additional interesting and rare images relating to Solomon Northup, such as the actual "manifest of slaves" from the ship that brought him in chains to New Orleans.

Solomon Northup (1808-c. 1863) was a free man kidnapped into slavery in 1851. The details of his life after the publication of his acclaimed memoir are unknown.

Ira Berlin is Distinguished Professor of History at the University of Maryland, College Park. His many books include "The Making of African America" and "Many Thousands Gone," winner of the Bancroft Prize and finalist for the National Book Critics Circle Award.

Henry Louis Gates, Jr., is Alphonse Fletcher University Professor and director of the W. E. B Du Bois Institute for African and African American Research at Harvard University. He lives in Cambridge, Massachusetts.