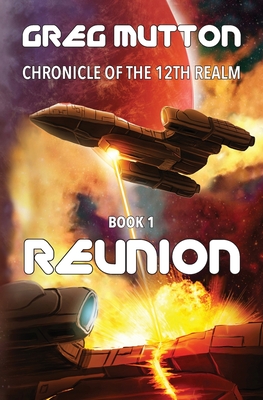 By Greg Mutton
$19.18
Available to Order from Our Warehouse
This book cannot be returned

The Human Race discovers the multi-verse - the hard way

An attempt to end a 30 year family feud triggers events that thrust humanity into a desperate battle for survival.

A Freeboot Trader, Aaron Abraham has it all-wealth, success, freedom; but the thirty year estrangement from his family weighs heavily. A chance invitation and a favor for the Freebooter Prime provide an opportunity to return. Accompanied by his new, and stunning first officer, Petra, they leave Argos bound for Earth.

A strange encounter, an unprovoked attack and an explosion in hyperspace-a routine trip becomes a nightmare. They make it to Earth but are summoned to answer allegations of genocide on a planet no-one knew existed.

Sinister forces plot to kill them and frame Humanity for more atrocities, forcing them into a fight for survival-a fight to clear the Human race of the crimes others have committed.

Filled with action, drama and love, Reunion lights the fuse for this explosive, interdimensional adventure.