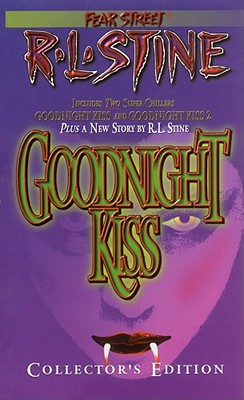 
NOT AVAILABLE
In this collection of three fan-favorite stories, the vampires of Sandy Hollow crave the summer months. Summer means plenty of beach tourists…and plenty of fresh blood after months of deprivation. But this year the Eternal Ones have decided to spice things up with a little bet: The first to seduce a hot date of the human variety, and then turn him into a fellow creature of the night, wins.
The catch? In order to successfully turn their prey, they must take only three small sips of blood on three different nights. If they take too much blood on any night, the human will die and the bet will be lost.
The setup sounds simple enough, but things quickly get complicated—especially since each vampire is just dying to quench her thirst...
R.L. Stine invented the teen horror genre with Fear Street, the bestselling teen horror series of all time. He also changed the face of children’s publishing with the mega-successful Goosebumps series, which went on to become a worldwide multimedia phenomenon. Guinness World Records cites Stine as the most prolific author of children’s horror fiction novels. He lives in New York City with his wife, Jane, and their dog, Lucky.