The Fourth of July Story (Paperback) 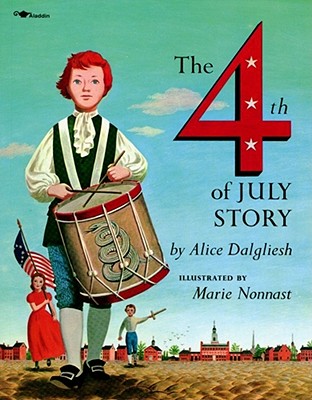 The Fourth of July Story (Paperback)


Available to Order from Our Warehouse
An accessible story of America’s birthday brings alive the history and spirit of the Fourth of July, with an introduction to the fight for independence and the events and people that shaped American tradition.

What happened on the Fourth of July long before there were fireworks and parades? Alice Dalgliesh takes young readers back to revolutionary times, back to the colonists’ desire for freedom and the creation of the Declaration of Independence.

Simple text captures the excitement of the era, telling how word of Independence traveled up and down the thirteen colonies, touching the lives of everyday people throughout the land. Like all of Alice Dalgliesh’s work, The Fourth of July Story remains an American classic.
Alice Dagliesh wrote many books for young readers, including The Thanksgiving Story, The Fourth of July Story, the Bears on Hemlock Mountain, and The Little Wooden Farmer, all available from Aladdin.

Marie Nonnast illustrated many books for children and shared a birthday with the United States of America: the Fourth of July.