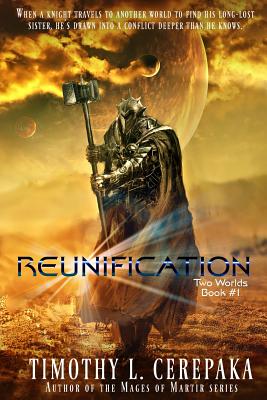 
Available to Order from Our Warehouse
This book cannot be returned
Book One in the Two Worlds series When one knight travels to a another world to find his long-lost sister, he is drawn into a conflict deeper than he knows. With three photographs of his sister as his only clues, Rii, a Knight of Se-Dela, travels to Xeeo, a world of science and technology completely unlike his magical and mystical home world of Dela, where he hopes to reunite with his sister after her mysterious disappearance six years ago. It soon turns out that the disappearance of Rii's sister is linked to a vaster conflict between two ancient organizations that stretches back to the dawn of the two worlds themselves. And when Rii finds himself stranded on this world, he must race to find his sister before the mysterious figures who want him dead end his life.
Timothy L. Cerepaka writes fantasy and science-fiction stories as an indie author. He is the author of the Prince Malock World fantasy novels, the Mages of Martir fantasy novels, and the science-fantasy standalone "The Last Legend: Glitch Apocalypse." He lives in Texas.

A quintessential fantasy novel that truly feels like it is written from the heart. Truly breathtaking & magical not only in the adventure, but also in the prose. Anyone looking to dive deeper into "classic" 1960s fantasy should read this.