I Am a Thief! (Hardcover) 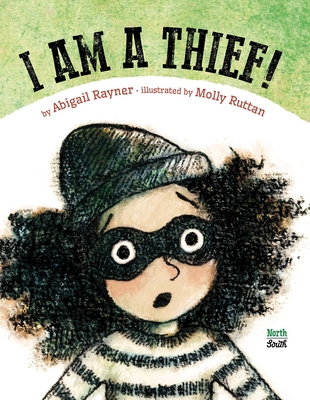 By Abigail Rayner, Molly Ruttan (Illustrator)
$17.95
Recently On Our Shelves

My heart stopped singing. My letters went wonky. I was too heavy to swing!

But when she discovers that nearly everyone in her family took something once in their lives—from her baby brother and mom, to her nana with her sausage-stealing dog—Eliza overcomes her shame to make things right.

A hilarious and heartfelt story about stealing and finding the courage to do the right thing.

Abigail Rayner grew up mostly in England with a couple of years in Greece thrown in. She moved to New York City in her twenties, where she worked as a reporter for British newspapers. Her books, The Backup Bunny (2018) and I Am a Thief (2019) called “Hilarious and sweet” by Kirkus Reviews (starred review), have delighted children. This is her third picture book for NorthSouth Books. She lives in New Jersey, with her husband, two kids, two cats, and lots of tasty gluten-free snacks.

Molly Ruttan grew up in Hastings-on-Hudson, New York. She and her twin sister showed signs of artistic and musical talent at a very early age. Molly attended the Cooper Union School of Art in New York. She graduated with a degree in Graphic Design and established a career as a Graphic Designer and Illustrator in Los Angeles. She is married to her childhood friend and music producer, Gabriel Moffat. They have three daughters, three dogs, one cat, one rabbit, a garden, some fish, and who knows how many magical nature spirits animating the back yard!

*Starred Review. This humorous story speaks to anyone who has made a regrettable mistake, rounding it out with a gently ironic surprise final spread...Hilarious and sweet, with a gentle, affirming moral.
— Kirkus Reviews

...this book will resonate with kids who have taken something that is not theirs, and, because it provides an avenue for dialogue, it may convince them to think twice.
— School Library Journal