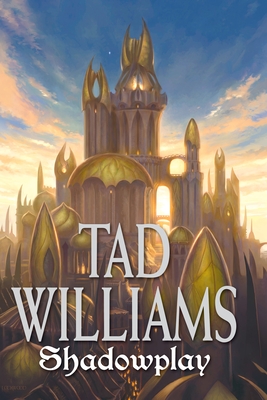 This is book number 2 in the Shadowmarch series.

With their father and brother taken from them, the royal Eddon twins Barrick and Briony have done their best to hold the kingdom together. But now Barrick has been captured in a failed war against the immortal Twilight People, and Briony has been forced to flee the castle.

Everywhere in the north the fierce Twilight People, led by the ageless warrior- witch Yasammez, hold sway. Old magics are stirring beneath the ancient castle and behind the Shadowline, and the machinations of gods, fairies, and mortals threaten to spread devastation across the entire world.
Tad Williams has held more jobs than any sane person should admit to—singing in a band, selling shoes, managing a financial institution, throwing newspapers, and designing military manuals, to name just a few. He also hosted a syndicated radio show for ten years, worked in theater and television production, taught both grade-school and college classes, and worked in multimedia for a major computer firm. He is cofounder of an interactive television company, and is currently writing comic books and film and television scripts as well. Tad and his family live in London and the San Francisco Bay Area. You can find Tad Williams at tadwilliams.com.
A page-turner. (Booklist)