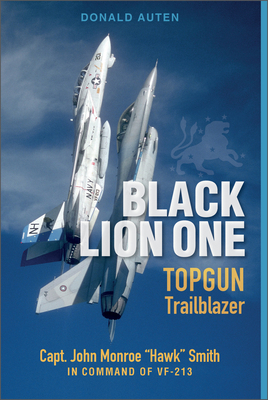 
Backordered - Subject to availability
This historical biography of John Monroe "Hawk" Smith, Navy fighter pilot, is a gripping account of valor, sacrifice, and adventure during one of the most tumultuous periods in carrier aviation. It was no surprise when Hawk, having completed a stunning tour as commanding officer of TOPGUN, received orders to a frontline F-14 Tomcat squadron--VF-213, the "Black Lions." Hawk joined the Black Lions prior to their March 1979 deployment. Several critical factors portended to a most arduous workup period and deployment--there were issues lurking. But Hawk was a man who did not shy away from a challenge. Soon, the Lions would have opportunities to show their colors. These included the first-ever Fighter Derby at NAS Miramar, California--the "World Cup" for naval fighter squadrons, and Constant Peg, a highly classified "Black Program" that exposed aircrews to the capabilities of Soviet fighters. Aviation enthusiasts and historians will be captivated by the historical fidelity and descriptive air combat engagements, amused by the perpetual mirth of TACAIR aviators, and inspired by lessons of leadership that apply to all walks of life.