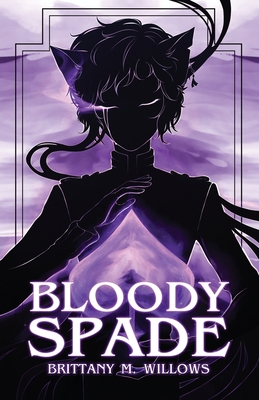 A girl full of heart

A thief touched by darkness

A boy with a fiery temper

An unwitting servant of evil

The era of magic was once thought to be a myth, but after the Reemergence ushered forces both dark and light into the mundane world, it has since become a harsh reality. Now those affected by this strange power--a specialized group of Empowered called Jokers, known collectively as Cardplay--must protect their world from the darkness that threatens to consume it, all the while fighting for equality in a society clinging to normalcy.

But the Reemergence was only the beginning.

When another influx occurs on the seventh anniversary of that fateful event, an unfortunate encounter at ground zero lands Iori Ryone, a teenage boy in possession of a corrupt and legendary magic, in the care of recent Joker graduate Ellen Amelia Jane. From him, she learns the Reemergence may not have been the inevitable natural disaster it first seemed.

Someone is trying to tear down the barrier that separates the magical realms from the mundane. The question is, can Cardplay stop them before it's too late?

Bloody Spade is the first installment in an urban fantasy duology that follows a cat-eared thief and a spirited girl as they try to navigate his wild magic, her hotheaded brother, a sinister plot, and the feelings they're developing for each other.

- Blood and violence, some gore