The Clan Calling: Chronicle Two-Sadie in the Adventures of Jason Lex (Paperback) 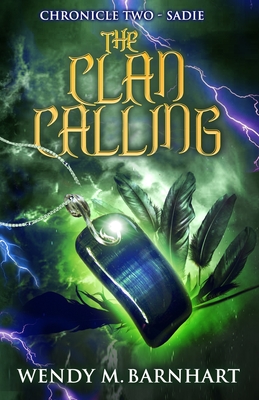 The Clan Calling: Chronicle Two-Sadie in the Adventures of Jason Lex (Paperback)

Threatened by an unknown enemy. Devastated by tragedy. Will a young hero choose to run, or risk everything she hasn't already lost?

Sadie Callahan's life is as normal as it can be after helping her friend, Jason Lex, save the world, and learning cryptids like Skyfish and giant, bat-like Ahool's are real. Things go bad when Sadie comes home after school and finds an intruder strangling her grandmother. Trained in martial arts, Sadie strikes and drives the man from their house. Soon after the clash, people around her start behaving oddly. Is she somehow triggering their weird behavior?

When her grandmother falls ill, Sadie searches for ways to heal the mysterious illness but instead uncovers deceit, forcing her to question everything. An unexpected attack triggers the reveal of a shocking and heartbreaking family secret. Still reeling, a new enemy threatens and Sadie must make an ominous decision: run and save herself, or confront the adversary hellbent on destroying her world.

Chronicle One: The Rampart Guards

Chronicle Two-Jason: The League of Governors