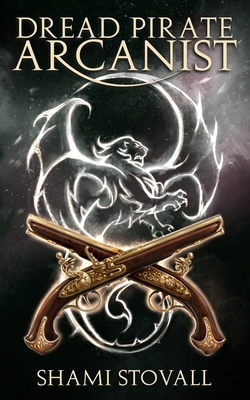 By Shami Stovall
$20.24
Available to Order from Our Warehouse

Pirates. Griffins. A lost treasure worth killing for.

While protecting the newborn griffins on the Isle of Landin, Volke Savan and his adopted sister, Illia, run afoul of the Dread Pirate Calisto, the same cutthroat who carved out Illia's right eye. As a master manticore arcanist, Calisto's strength and brutality are unrivaled, so when Illia suggests they bring him to justice, Volke wonders if they'll have what it takes to fight the corsairs on the high seas.

A fast-paced fantasy with magical creatures for those who enjoy the Furies of Calderon (Codex Alera series) by Jim Butcher, Unsouled (Cradle Series) by Will Wight, and Percy Jackson and the Olympians by Rick Riordan.

Praise for the Frith Chronicles

"Perfect for those who enjoy the Codex Alera series, the Homas Wildus series, and the Harry Potter series. Stovall is quickly becoming a name I look for."

"An addictive series. Shami Stovall has produced a mesmerizing story of magic, intrigue, and true adventure."