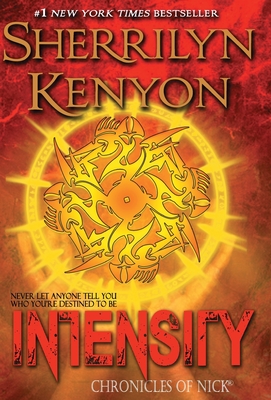 By Sherrilyn Kenyon
$29.99
Available to Order from Our Warehouse

This is book number 8 in the Chronicles of Nick series.

It's a demon-eat-demon world for Nick Gautier and the Dark-Hunters. Just when he thinks he's finally gotten a handle on how not to take over the world and destroy it, Death returns with an all-star cast that is determined to end the Malachai reign and lineage forever. Worse? Death and War have found the one, true enemy Nick can't find, and even if he did, it's one he could never bring himself to banish or kill.Now framed for murders he hasn't committed, and surrounded by new friends who might be turncoats, Nick is learning fast how his father went down in flames.The heat in New Orleans is rising fast, and Nick's threat-level has gone into a whole new level of intensity. He's learning fast that when War and Death decide to battle, they don't take prisoners. The don't negotiate. And they're both immune to his biting sarcasm and Cajun charm. To win this, he will have to embrace a new set of powers, but one wrong step, and he will belong to the side of Darkness, forever.

The Girl from the Sea (Paperback)