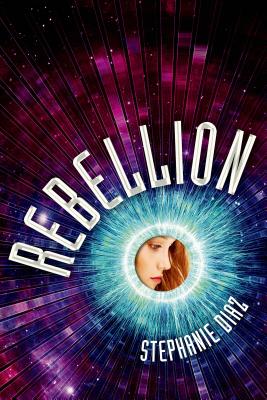 By Stephanie Diaz
Not available
Out of Print

This is book number 2 in the Extraction Series series.

It's been seven days since Clementine, Logan, and their allies retreated into hiding on the Surface. Clementine feels almost safe in their company, but she knows it won't last. The rebels may have won one fight against Commander Charlie, but the fight is far from over. He will find a way to fly his Core battleship to the nearby planet, Marden, no matter how many lives are lost in the process. Unless the rebels defeat him first.
The plan is simple: they will infiltrate each sector and weaken his infrastructure from within his ranks. They will convince the underage workers in the camps to join in the uprising. They will hijack ships, enter the Core, and assassinate Charlie. But Charlie has more weapons in his possession than guns and bombs, and he will do whatever it takes to keep the rebels from ruining his plans. With every step, Clementine draws closer to losing Logan and everyone she cares about—and losing control of herself.

Twenty-one-year-old Stephanie Diaz wrote her debut novel, Extraction, when she should've been making short films and listening to college lectures at San Diego State University. When she isn't lost in books, she can be found singing, marveling at the night sky, or fan-girling over TV shows.

“With its toxic moon and dangerous secrets, Kiel is a planet you'll want to visit again and again, especially with tough, plucky Clementine as your guide. A breathtaking debut that kept me glued to the page!” —Jessica Khoury, author of Origin, on Extraction

“A gripping tale of loyalty, heartache, and self-discovery, Diaz's debut had me invested from page one. I can't wait to read the next installment.” —Kasie West, author of Pivot Point, on Extraction

“Bold, brutal, and brilliantly paced, EXTRACTION kept me racing through the pages and desperate for more.” —Shannon Messenger, author of Keeper of the Lost Cities, on Extraction

“Viciously beautiful, EXTRACTION sucks you into a brutal world where action and twists come at a relentless pace, hitting the best notes of old-school sci-fi. I flew through it!” —Kat Zhang, author of What's Left of Me, on Extraction