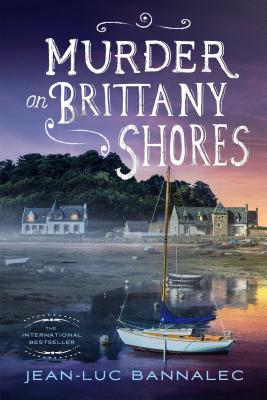 This is book number 2 in the Brittany Mystery Series series.

Steeped in the enchanting atmosphere of Brittany and peppered with wry humor, Murder on Brittany Shores: A Mystery is a superbly plotted mystery that marks the return of Jean-Luc Bannalec's international bestselling series starring the cantankerous, coffee-swigging Commissaire Dupin.

Ten miles off the coast of Brittany lie the fabled Glénan Islands. Boasting sparkling white sands and crystal-clear waters, they seem perfectly idyllic, until one day in May, three bodies wash up on shore. At first glance the deaths appear accidental, but as the identities of the victims come to light, Commissaire Dupin is pulled back into action for a case of what seems to be cold-blooded murder.

Ever viewed as an outsider in a region full of myths and traditions, Dupin finds himself drawn deep into the history of the land. To get to the bottom of the case, he must tangle with treasure hunters, militant marine biologists, and dangerous divers. The investigation leads him further into the perilous, beautiful world of Glénan, as he discovers that there's more to the picturesque islands than meets the eye.

"Like his debut (Death in Brittany, 2015), the hero’s second adventure is judicious in parceling out attention to character, setting, and, most of all, plot" —Kirkus Reviews

This powerhouse teen graphic novel follows Becca, the new girl at school, who is immediately chosen to join the coolest clique of girls in her school. These girls are eerily close-knit and hold a secret, one that Becca is soon pulled into: the coolest girls in school are werewolves, preying on boys who take advantage of girls without consent! Squad is a classic over-the-top teen-flick storyline with a fabulous cauldron brew of horror, queer representation, and searingly relevant commentary on consent and predation, featuring young women taking back their power and holding boys accountable. The perfect read for the next full moon!