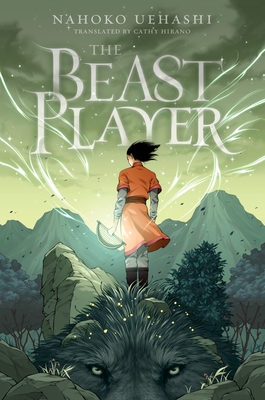 Nahoko Uehashi's The Beast Player is an epic YA fantasy about a girl with a special power to communicate with magical beasts and the warring kingdom only she can save.

Elin's family has an important responsibility: caring for the fearsome water serpents that form the core of their kingdom's army. So when some of the beasts mysteriously die, Elin's mother is sentenced to death as punishment. With her last breath she manages to send her daughter to safety.

Alone, far from home, Elin soon discovers that she can talk to both the terrifying water serpents and the majestic flying beasts that guard her queen. This skill gives her great powers, but it also involves her in deadly plots that could cost her life. Can she save herself and prevent her beloved beasts from being used as tools of war? Or is there no way of escaping the terrible battles to come?

Nahoko Uehashi is one of Japan's most popular children's writers. She has won numerous awards, including the 2014 Hans Christian Andersen Award. An associate professor at a Japanese university, she has a Ph.D. in cultural anthropology and studies indigenous peoples in Australia. Her books include The Beast Player and the multivolume Moribito series. She lives near Tokyo, Japan.

"Uehashi’s vivid storytelling, beautiful prose, and shifting perspectives that cover a broad scope of events will have readers relishing every detail of her lush world building." —The Bulletin, starred review, on The Beast Player

"The beauty and power of the natural world is at the core of this intriguing fantasy, whose abrupt ending guarantees a sequel." —Kirkus Reviews on The Beast Player