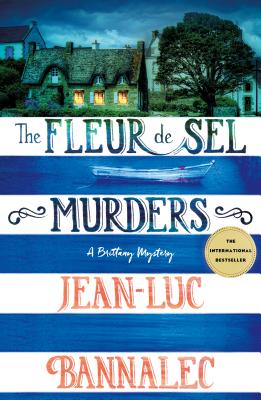 This is book number 3 in the Brittany Mystery Series series.

Commissaire Dupin is back on the case in this atmospheric mystery from international bestselling author Jean-Luc Bannalec.

"Bannelec's Breton adventures are some of the best French local color going, with a deft blend of puzzle, personality, and description of the indescribable."—Kirkus Reviews

The old salt farmers have always said that the violet scent of the Fleur de Sel at harvest time on the salt marshes of the Guérande Peninsula has been known to cause hallucinations. Commissaire Dupin also starts to believe this when he’s attacked out of the blue in the salt works.

He had actually been looking forward to escaping his endless paperwork and taking a trip to the “white country” between the raging Atlantic Ocean and idyllic rivers. But when he starts snooping around mysterious barrels on behalf of Lilou Breval, a journalist friend, he finds himself unexpectedly under attack. The offender remains a mystery, and a short time later, Breval disappears without a trace. It is thanks to his secretary Nolwenn and the ambition of the prefect that Dupin is assigned to the case. But he won’t be working alone because Sylvaine Rose is the investigator responsible for the department—and she lives up to her name….

JEAN-LUC BANNALEC is a pseudonym. The author divides his time between Germany and coastal Brittany, France. Death in Brittany, the first case for Commissaire Dupin, was published in German in March 2012 and sold 600,000 copies, spending many months on the bestseller list. It has been sold into 14 countries.

"Bannelec's Breton adventures are some of the best French local color going, with a deft blend of puzzle, personality, and description of the indescribable."—Kirkus Reviews

"Intriguing...Well-drawn, complex characters, the lovingly described countryside, and the area’s culinary bounty make this a winner. Some fans will be inspired to take their next vacation in Brittany."—Publishers Weekly