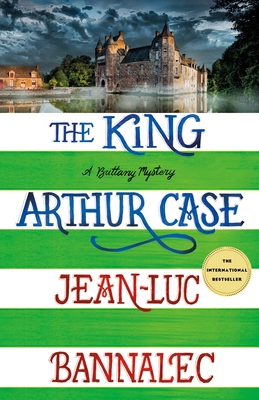 This is book number 7 in the Brittany Mystery Series series.

The forest of Broceliande, with its picturesque lakes and castles, is the last remnant of the fairy kingdom, if Breton lore is to be believed. Innumerable legends spanning thousands of years are set here, inclding the tale of King Arthur and the Round Table.

It seems to be an appropriate destination for Commissaire Dupin and his team to take a late summer field trip. But when the body of a historian turns up, Dupin is called upon to investigate in the brutal murder case. Before too long, there are more victims. What knowledge do the assembled scientists have about the most recent archaeological digs in the area? Where do they stand on the controversial decision to turn parts of the forest into an amusement park? And why is no one willing to talk? Even Nolwenn, Dupin's unshakeable assistant, is concerned. And that means trouble.

Mysterious, ingenious, and suspenseful: Dupin's seventh case takes him and his team into the very heart of Brittany.

Praise for The King Arthur Case

"A riveting tale of academic rivalry and fast-paced adventure, with mesmerizing descriptions of Brittany and her ancient culture. It’s a delight to read." —Portland Book Review

“Another tense puzzle from Bannalec, with the Breton landscape once more the star of the show.” —Kirkus Reviews

Praise for the series:

“The descriptions of Brittany are mesmerizing. It has been elevated into my top 10 places I need to visit, all thanks to Bannalec.” —BookPage (starred review)