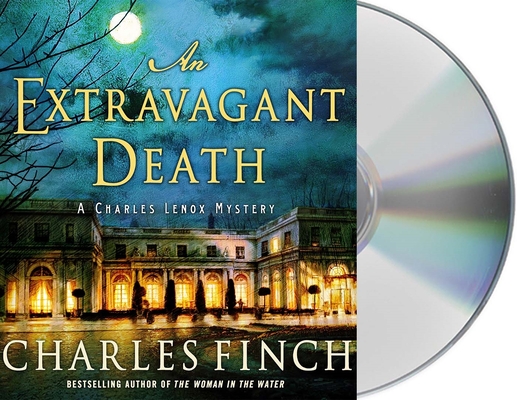 This is book number 14 in the Charles Lenox Mysteries series.

"Peppered with fascinating local history, this is a riveting listen for mystery and history lovers alike." -- AudioFile Magazine

In what promises to be a breakout in Charles Finch's bestselling series, Charles Lenox travels to the New York and Newport of the dawning Gilded Age to investigate the death of a beautiful socialite.

London, 1878. With faith in Scotland Yard shattered after a damning corruption investigation, Charles Lenox's detective agency is rapidly expanding. The gentleman sleuth has all the work he can handle, two children, and an intriguing new murder case.

But when Prime Minister Benjamin Disraeli offers him the opportunity to undertake a diplomatic mission for the Queen, Lenox welcomes the chance to satisfy an unfulfilled yearning: to travel to America. Arriving in New York, he begins to receive introductions into both its old Knickerbocker society and its new robber baron splendor. Then, a shock: the death of the season's most beautiful debutante, who appears to have thrown herself from a cliff. Or was it a suicide? Lenox’s reputation has preceded him to the States, and he is summoned to a magnificent Newport mansion to investigate the mysterious death. What ensues is a fiendish game of cat and mouse.

Witty, complex, and tender, An Extravagant Death is Charles Finch's triumphant return to the main storyline of his beloved Charles Lenox series—a devilish mystery, a social drama, and an unforgettable first trip for an Englishman coming to America.