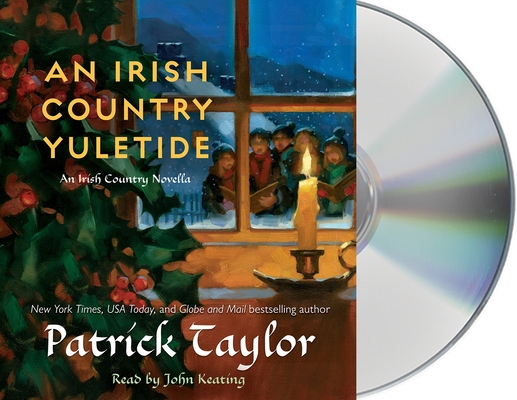 This is book number 16 in the Irish Country Books series.

December 1965. ‘Tis the season once again in the cozy Irish village of Ballybucklebo, which means that Doctor Fingal Flahertie O’Reilly, his young colleague Barry Laverty, and their assorted friends, neighbors, and patients are enjoying all their favorite holiday traditions: caroling, trimming the tree, finding the perfects gifts for their near and dear ones, and anticipating a proper Yuletide feast complete with roast turkey and chestnut stuffing. There’s even the promise of snow in the air, raising the prospect of a white Christmas.

Not that trouble has entirely taken a holiday as the season brings its fair share of challenges as well, including a black-sheep brother hoping to reconcile with his estranged family before it’s too late, a worrisome outbreak of chickenpox, and a sick little girl whose faith in Christmas is in danger of being crushed in the worst way.

As roaring fireplaces combat the brisk December chill, it’s up to O’Reilly to play Santa, both literally and figuratively, to make sure that Ballybucklebo has a Christmas it will never forget!