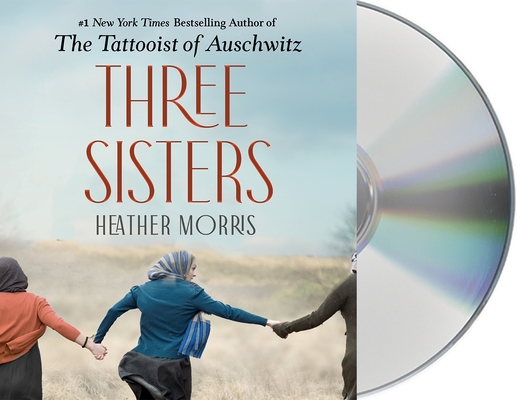 From Heather Morris, the New York Times bestselling author of the multi-million copy bestseller The Tattooist of Auschwitz and Cilka's Journey: a story of family, courage, and resilience, inspired by a true story.

Against all odds, three Slovakian sisters have survived years of imprisonment in the most notorious death camp in Nazi Germany: Auschwitz. Livia, Magda, and Cibi have clung together, nearly died from starvation and overwork, and the brutal whims of the guards in this place of horror. But now, the allies are closing in and the sisters have one last hurdle to face: the death march from Auschwitz, as the Nazis try to erase any evidence of the prisoners held there. Due to a last minute stroke of luck, the three of them are able to escape formation and hide in the woods for days before being rescued.

And this is where the story begins. From there, the three sisters travel to Israel, to their new home, but the battle for freedom takes on new forms. Livia, Magda, and Cibi must face the ghosts of their past--and some secrets that they have kept from each other--to find true peace and happiness.

Inspired by a true story, and with events that overlap with those of Lale, Gita, and Cilka, The Three Sisters will hold a place in listeners' hearts and minds as they experience what true courage really is.

HEATHER MORRIS is a native of New Zealand, now resident in Australia. For several years, while working in a large public hospital in Melbourne, she studied and wrote screenplays, one of which was optioned by an Academy Award-winning screenwriter in the US. In 2003, Heather was introduced to an elderly gentleman who ‘might just have a story worth telling’. The day she met Lale Sokolov changed both their lives. Their friendship grew and Lale embarked on a journey of self-scrutiny, entrusting the innermost details of his life during the Holocaust to her. Heather originally wrote Lale’s story as a screenplay – which ranked high in international competitions – before reshaping it into her debut novel, The Tattooist of Auschwitz.