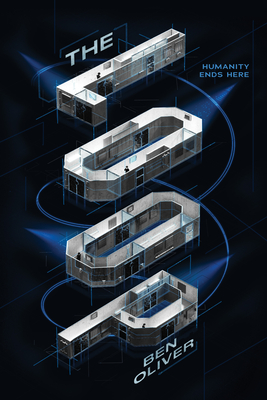 By Benjamin Oliver, Ben Oliver
$18.99
On Our Shelves Now

What a thrilling rollercoaster of a ride through THE LOOP as teenager Luka Kane waits for his execution! Definitely for those that enjoy high-wire acts, like twisty plots and enjoy turning pages lickety-split this high-octane sci-fi with a taste of dystopian will be enjoyed by Hunger Games fans that need to find their next series. Here it is!

Life inside The Loop--the futuristic death row for teens under eighteen--is one long repetitive purgatory. But when news of the encroaching chaos in the outside world reaches the inmates and disorder begins to strike, the prison becomes the least of their worries. Perfect for fans of The Fifth Wave and The Maze Runner.
It's Luka Kane's sixteenth birthday and he's been inside The Loop for over two years. Every inmate is serving a death sentence with the option to push back their execution date by six months if they opt into "Delays", scientific and medical experiments for the benefit of the elite in the outside world.

But rumors of a war on the outside are spreading amongst the inmates, and before they know it, their tortuous routine becomes disrupted. The government issued rain stops falling. Strange things are happening to the guards. And it's not long until the inmates are left alone inside the prison.

Were the chains that shackled Luka to his cell the only instruments left to keep him safe? In a thrilling shift, he must overcome fellow prisoners hell-bent on killing him, the warden losing her mind, the rabid rats in the train tunnels, and a population turned into murderous monsters to try and break out of The Loop, save his family, and discover who is responsible for the chaos that has been inflicted upon the world.

"With plenty of appeal for fans of a good dystopian tale, this book won't spend much time on the shelf" -- School Library Journal (Starred Review)

"Like Divergent and The Maze Runner, this title pulls the reader into a futuristic world where nurturing friendships is important but the need for survival puts them at odds." -- School Library Journal