The Arc (The Third Book of The Loop Trilogy) (Hardcover) 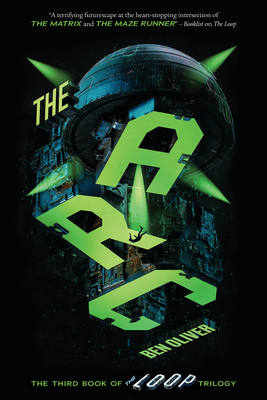 The Arc (The Third Book of The Loop Trilogy) (Hardcover)

In the final installment of critically acclaimed Loop trilogy, all of humanity hinges on the greatest escape yet.

All hope has seemingly been executed.

Despite the fact that the truth of their oppressive leaders had been revealed to them, the crowd of Alts cheer as life drained from the boy.

But one Alt, Chester “Chilly” Beckett, did not celebrate; his eyes have been opened to the truth. The corpse is dragged away, but Chester remains determined to find out what is going on in the Laboratory on the 65th floor.

There, he'll find three subjects tortured in an attempt to extract a regeneration formula… and one of the subjects is, impossibly, a face he never thought he'd seen again. A bold escape sets in motion a race against time as Happy’s plans to release planet-eating nano-bots into the world draw nearer. The Loop team must reassemble, survive Happy’s final attempts to rid the world of the rebels, and figure out how to halt the apocalypse before humanity is destroyed.

Praise for The Loop #2 (The Block)

* "While some second novels dip or stall, this volume aptly does its job, building background knowledge for the series, creating more tension, and setting up a riveting cliffhanger for the series conclusion." -- Kirkus (Starred Review)

Praise for The Loop:

* "With plenty of appeal for fans of a good dystopian tale, this book won't spend much time on the shelf" -- School Library Journal (Starred Review)

"Like Divergent and The Maze Runner, this title pulls the reader into a futuristic world where nurturing friendships is important but the need for survival puts them at odds." -- School Library Connection