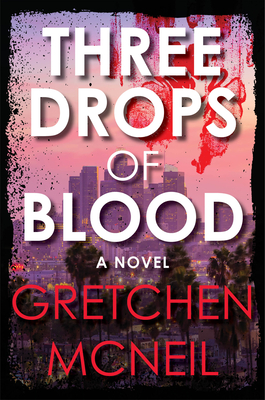 
Coming Soon - Available for Pre-Order Now
A Good Girls Guide to Murder meets Hitchcock in this novelfrom celebrated author Gretchen McNeil. A mundane office job takes a dark turn when a girl witnesses a double murder through the window.


Being an actress, Kate is no stranger to drama. And when her chance at a leading role gets cancelled, she is willing to do whatever it takes to get her acting career back on track even if that means getting a boring office job at her best friend's father's law firm so she can prove to her parents she can to support herself rather than go back to high school. Now, rather than living life on the big screen, she is stuck filing mundane contracts and watching the people in the office across from hers live their equally boring lives.

But when Kate sees things heat up between a woman and her assistant, her new source of entertainment take a turn for the worse when she witnesses a double murder. Now, she must get anyone to believe her and find out who this mystery woman is to get answers. But as she learns more and more about the circumstances leading to the gruesome act, she begins to realize there is a bigger mystery under the surface...

In this voyeuristic thriller filled with twists and turns, can Kate get anyone to believe her before she becomes the next victim?
Gretchen McNeil is the author of #MurderTrending, I’m Not Your Manic Pixie Dream Girl and the Don’t Get Mad duology, as well as the YA horror novels Possess, 3:59, Relic, and Ten which was a 2013 YALSA Top Ten Quick Pick for Reluctant Young Adult Readers and was adapted as the Lifetime original movie Ten: Murder Island in 2017. You can find her online at www.GretchenMcNeil.com, on Instagram @Gretchen_McNeil, and on Twitter @GretchenMcNeil.