You Are One of Them (Large Print / Hardcover) 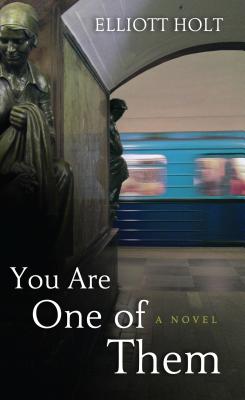 You Are One of Them (Large Print / Hardcover)

Out of Print
In her insightful forensic of a mourned friendship, Holt illuminates the lasting sting of abandonment and the measures a friend takes to bring back those she has lost. A taut, moving debut about the ways people define themselves against others, and the secrets they keep.
Elliott Holt's short fiction has appeared in "The Kenyon Review," "Guernica," and "Bellevue Literary Review." She won a 2011 Pushcart Prize and is the runner-up of the 2011 PEN Emerging Writers Award. A graduate of the MFA program at Brooklyn College, where she won the Himan Brown Award, she has received fellowships from the Sewanee Writers' Conference, the Tin House Summer Writers Workshop and Yaddo. She is a former contributing editor at "One Story" magazine and a former copywriter, who has worked at advertising agencies in Moscow, London, and New York. She currently resides in her hometown of Washington, D.C.