Midnight and the Meaning of Love (The Midnight Series #2) (Paperback) 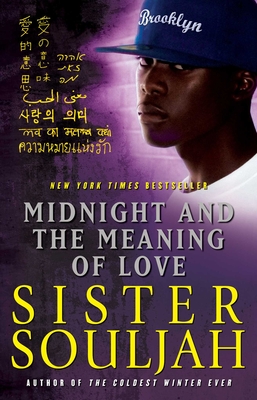 Midnight and the Meaning of Love (The Midnight Series #2) (Paperback)

This is book number 2 in the The Midnight Series series.

The New York Times bestselling author of Life After Death, delivers her most compelling and enlightening story yet about young, deep love, the ways in which people across the world express their love, and the lengths that they will go to have it.

Powerful and sensual, Midnight is an intelligent, fierce fighter and Ninjutsu-trained ninja warrior. He attracts attention wherever he goes but remains unmoved by it and focuses on protecting his mother and sister and regaining his family’s fortunes. When Midnight, a devout Muslim, takes sixteen-year-old Akemi from Japan as his wife, they look forward to building a life together, but their tumultuous teenage marriage is interrupted when Akemi is kidnapped and taken back to Japan by her own father, even though the marriage was consummated and well underway.

“There’s not one drop of inferiority in my blood,” Midnight says as he first secures his mother, Umma, and sister, Naja, before setting off on a global journey to reclaim his wife. Midnight must travel across three countries and numerous cultures in his attempt to defeat his opponent. Along this magnificent journey he meets people who change him forever, even as he changes them. He encounters temptations he never would have imagined and takes risks that many a lesser man would say no to, all for the women he loves and is sworn to protect.
Sister Souljah is a graduate of Rutgers University. During her college years, she was known for her powerful voice, sharp political analysis, cultural allegiance, community organizing, and for her humanity. Post-graduation, Sister Souljah earned the love and support of her African American community by creating a national youth and student movement. She is credited for serving homeless families, creating academic, cultural, and recreational after-school programs, weekend academies, and sleep-away summer camps. Partnering with major mainstream celebrities, she provided her efforts free to all young people and families in need. A multidimensional woman, Souljah was the only female performing artist and voice of Public Enemy. She is also a wife and a mother. A storyteller who makes the entire world her home, she lives wherever she is “pushing her pen.”