Thirst No. 5: The Sacred Veil (Paperback) 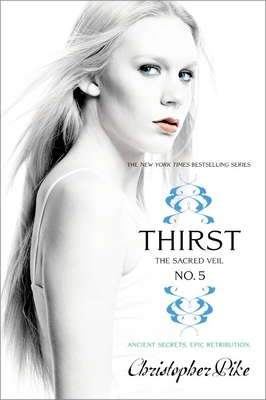 Thirst No. 5: The Sacred Veil (Paperback)

This is book number 5 in the Thirst series.

Quench your Thirst with the finale to the #1 New York Times bestselling series from Christopher Pike.

Sita has lived for centuries. She has seen more than most people could ever imagine.

Now, at last, Sita’s story culminates in an epic—and satisfying—conclusion to the enormously popular Thirst series.
Christopher Pike is a bestselling author of young adult novels. The Thirst series, The Secret of Ka, and the Remember Me and Alosha trilogies are some of his favorite titles. He is also the author of several adult novels, including Sati and The Season of Passage. Pike currently lives in Santa Barbara, where it is rumored he never leaves his house. But he can be found online at Facebook.com/ChristopherPikeBooks.