The Bear and the Moon (Hardcover) 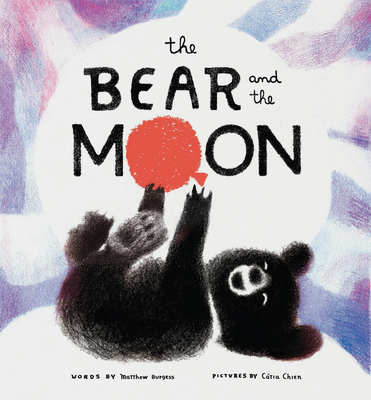 The Bear and the Moon (Hardcover)


Recently On Our Shelves
The Bear and the Moon is a picture book that follows what happens when the gift of a balloon floats into Bear's life.

The two companions embark on a journey—a magical tale that encompasses the joys of friendship and discovery.

This is a gentle book filled with humor, while tackling complex topics like the transcendence of loss and forgiveness.

The Bear and the Moon is a compassionate tale that honors the small but profound world of the very young.

This sweet book teaches social and emotional skills to kids, and offers a clever way to soothe some of our most difficult feelings: loss and guilt.

• Just as ideal for gently soothing young readers to sleep as it is for encouraging a contemplative break from an energetic day
• Great for parents, grandparents, and caregivers looking for a beautiful friendship or bedtime story
• Resonates year-round as a go-to gift for birthdays, holidays, and more
• Perfect for children ages 3 to 5 years old
• Add it to the shelf with books like Waiting by Kevin Henkes, Emily's Balloon by Komako Sakai, and Stellaluna by Janell Cannon.
Matthew Burgess is an assistant professor at Brooklyn College and a poet-in-residence in NYC schools through Teachers & Writers Collaborative. His award-winning first children's book, Enormous Smallness: A Story of E. E. Cummings, was a Junior Library Guild selection and an ALA Notable Children's Book. He lives in Brooklyn, New York.

Catia Chien was born and raised in São Paulo, Brazil, and now works in New York, with a view of the East River and an old pencil factory. Her children's book titles include an Ezra Jack Keats Honor winner, Things to Do, and an ALA Schneider Family Book award winner, A Boy and a Jaguar.
"Burgess and Chien add savor to a simple story with visceral writing and elemental artwork. . . . Chien creates each spread with a sense of freshness. . . . Burgess writes with nimble emotionality. . . . together, the creators deliver an essential message of self-acceptance"-Publishers Weekly, starred review

"Spare text and simple illustration will immerse listeners at story times in this quiet take on love and loss."-School Library Journal

"In the author's and illustrator's expert hands, readers are sure to feel lighter than air and ready for bed. The dreamy spread in which the bear receives his message from the moon is worth a mention all on its own, charming and cheerful as the rest of the book may be, as are velvety lavender endpapers featuring the balloon and the moon. [The Bear and the Moon i]s delightful as a balloon-but with more weight."-Kirkus Reviews, starred review

"Simply told but deep with transcendent truth, The Bear and the Moon demonstrates the value of shared grief and the importance of forgiving ourselves."-BookPage

"Burgess' unassuming language is endearing. . . The pacing is flawless. . . Chien's hazy, atmospheric illustrations. . . employ playful perspectives. . . [The Bear and the Moon] packs an emotional punch, and not just for preschoolers: it's about no less than loss, self-forgiveness, and the ways in which memories can serve to mitigate grief."-The Horn Book Magazine, starred review

"[T]he messaging is sweet. . . and the elegance of Chien's artwork elevates the story to a steady place of beauty. . . This is a bedtime book to snuggle into."-Booklist

"In spare, inviting verse, professor/poet Burgess highlights the absorbing power of young friendship, emphasizing that time together is no measure for the depth of the bond. . . . Burgess finds an ideal collaborator Brazilian artist Catia Chien, who lives in New York City and whose mixed-media illustrations imbue every vibrantly swathed, expressive page with resonating emotive range."-Shelf Awareness for Readers

"Kids who've ever broken a favorite toy will relate to the bear who takes his 'squishable, huggable' red balloon (which he thinks is a gift from the moon) everywhere until it pops. His feelings-first determination to fix it, then sadness when he realizes he can't, and ultimately solace in the memory-are whimsically illustrated through a combination of charcoal, paint, and collage."-Parents Magazine

This heartfelt, authentically moving memoir of Somali refugees will grab your heart and not let go! Readers will be on the journey with Omar and his brother through hardship, heartbreak, multiple setbacks, but ultimately triumphing in their quest for a permanent home. This graphic novel packs an emotional wallop so be ready to take these boys into your heart!