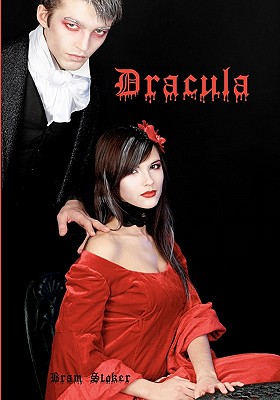 
Available to Order from Our Warehouse
This book cannot be returned
From Amazon.com reviews Dracula is such an impressive book. I have to be honest that I thought that since it's such an old book, written in the Victorian era, that I might not like it that much and would find it a bit staid. Not so It is a great read and really holds up to it's contemporary counterparts. For me, it was a real page turner and one of those books that once I picked up and started reading, I had to keep. I won't say too much about the plots because I, for one, hate spoilers. All I can say is that this is a classic and it's a classic for a reason. Read it and see what I mean (Timeless Classic Books)
Abraham "Bram" Stoker (8 November 1847 - 20 April 1912) was born in Ireland. He was a very sickly child and was bedridden until the age of 7. After that he made a complete recovery and actually excelled in athletics during his years at Trinity College in Ireland. Bram felt that spending his first seven years of life in bed gave him the opportunity to expand his mind and imagination. His most popular work is the Gothic novel Dracula which was published in 1897.